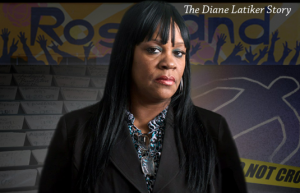 The Power Of One tells the inspirational and gripping story of Diane Latiker a mother of 8 who opened her home to troubled youth in the turbulent Roseland neighborhood of Chicago. Critically acclaimed director Bill Duke will tell the highly charged emotional tale of how gun violence can devastate an entire community and the woman who refuses to allow it to destroy her beloved neighborhood.

Diane Latiker the film’s main subject created an innovative organization in her living room called Kids Off The Block. She felt that by making her home a safe haven for youth she could get them off of the block and involved in programs that could save their lives. What started as 10 youth in her living room in 2003 has blossomed into a burgeoning community center serving thousands of youth and producing many success stories.