That was the question Diane Latiker asked of herself as she watched the teens in her Chicago neighborhood succumb at an alarming rate to gangs and gun violence. Her answer started small, inviting ten kids into her living room to talk about their struggles and dreams. But over the years it grew. With the help of God, her family, and many other people along the way, Diane’s Kids Off the Block morphed from a personal crusade to do what she could into a nationally known program that has helped more than 3,000 at-risk Chicago teens.

In this powerful, energizing book, she tells her incredible story to men and women who are sick of sitting behind their keyboards watching the world crumble and are ready to do something to make a difference. Through doubt, financial strain, and deep grief over lives lost, Diane has never lost her faith that God called her to this life-transforming work. In these pages she’ll show you that God is calling you to do something too. Maybe something that feels small . . . definitely something that will change the world. 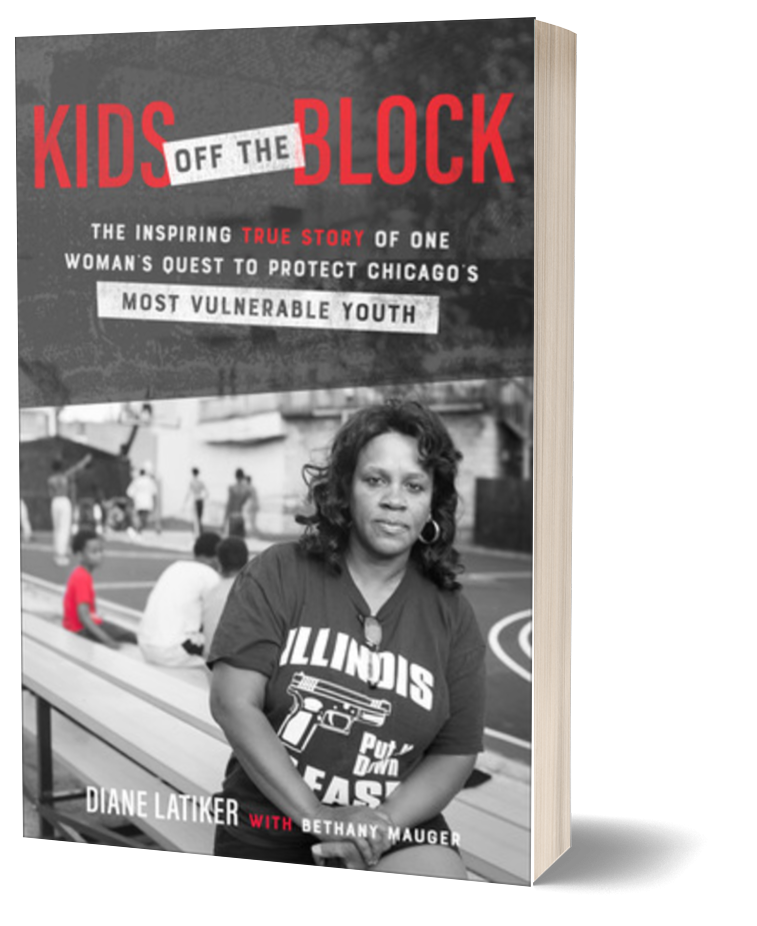 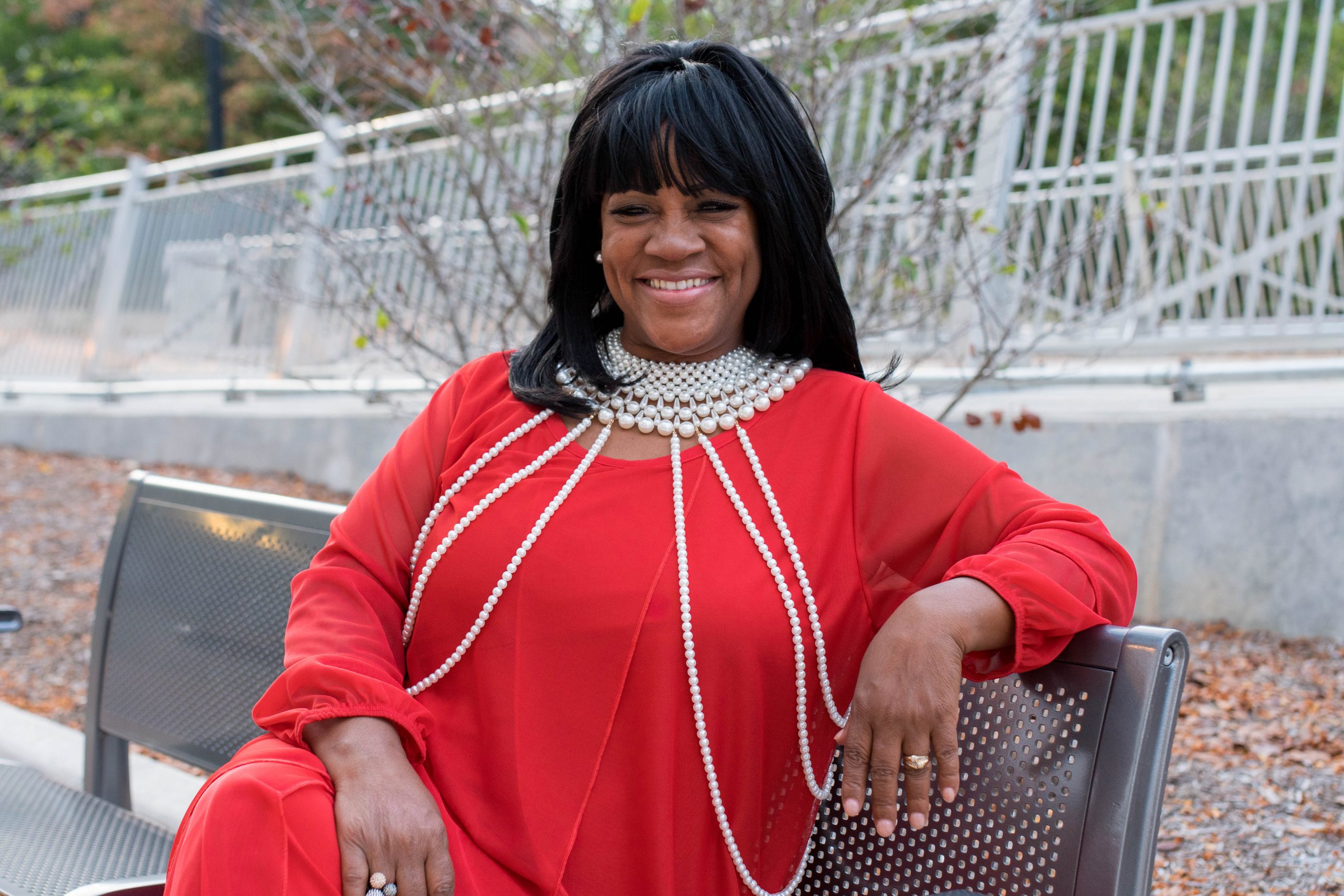 Diane Latiker was a CNN Top Ten Hero of the Year in 2011 for her tireless work with at-risk Chicago teens. Recipient of the 2013 BET Shine a Light Award, she is an in-demand speaker and has been featured by national media outlets, such as NBC News, CBS News, NPR’s Weekend Edition, Ebony magazine, Time magazine, the Huffington Post, USA Today, and more. In 2019, she spoke at the US House Judiciary Committee’s first hearing on gun violence in years, and she has just graduated from the Goldin Institute as a 2019 Chicago Peace Fellow. Latiker lives in Chicago with her husband and their eight children.

Interested in helping Diane get the word out about this book?

Be an early reader of Kids Off the Block by signing up for the Ambassador team!

“I’m so grateful for the work you’re doing. It does not take a lot to save a child…it just takes something to save a child. You are instilling that belief in young people.” 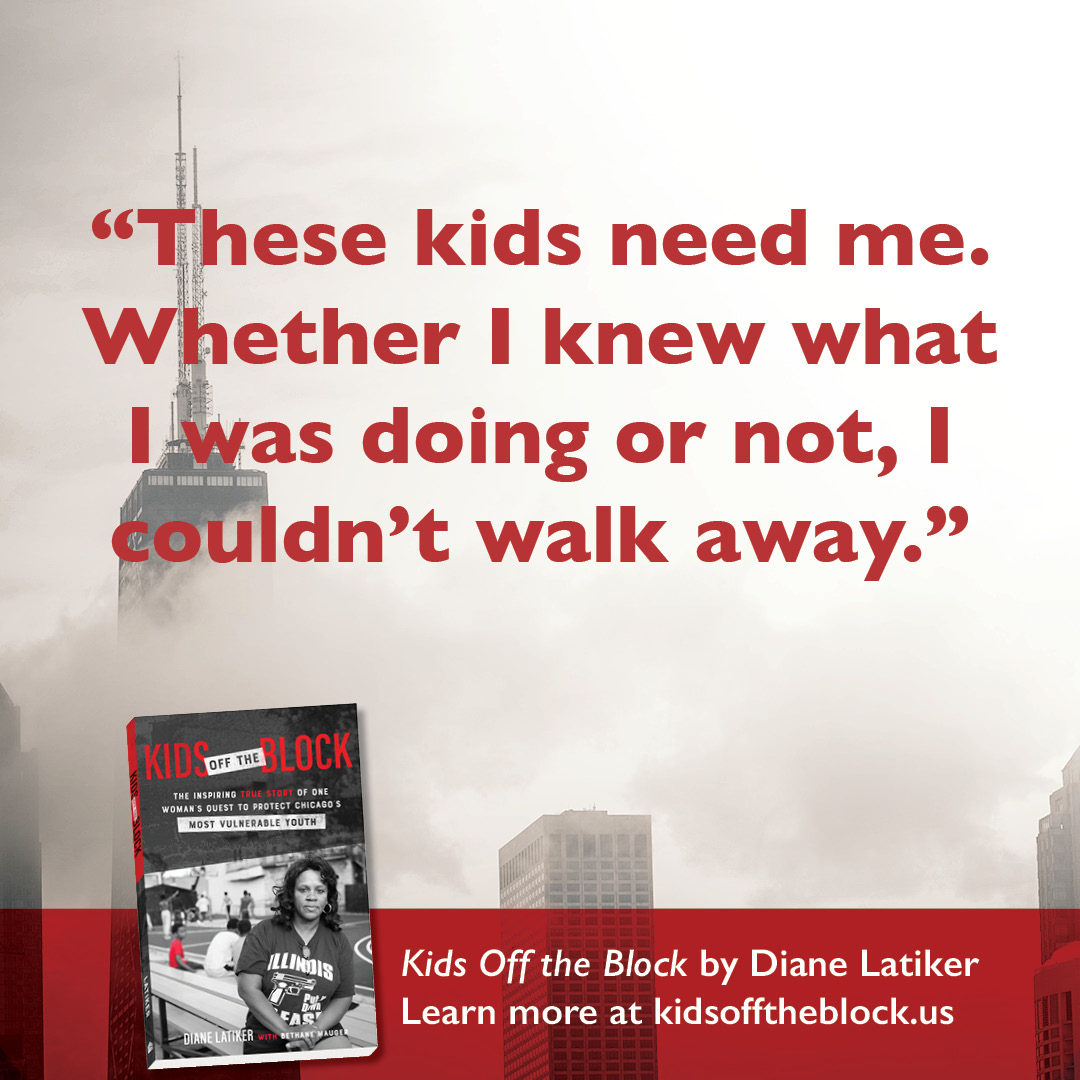 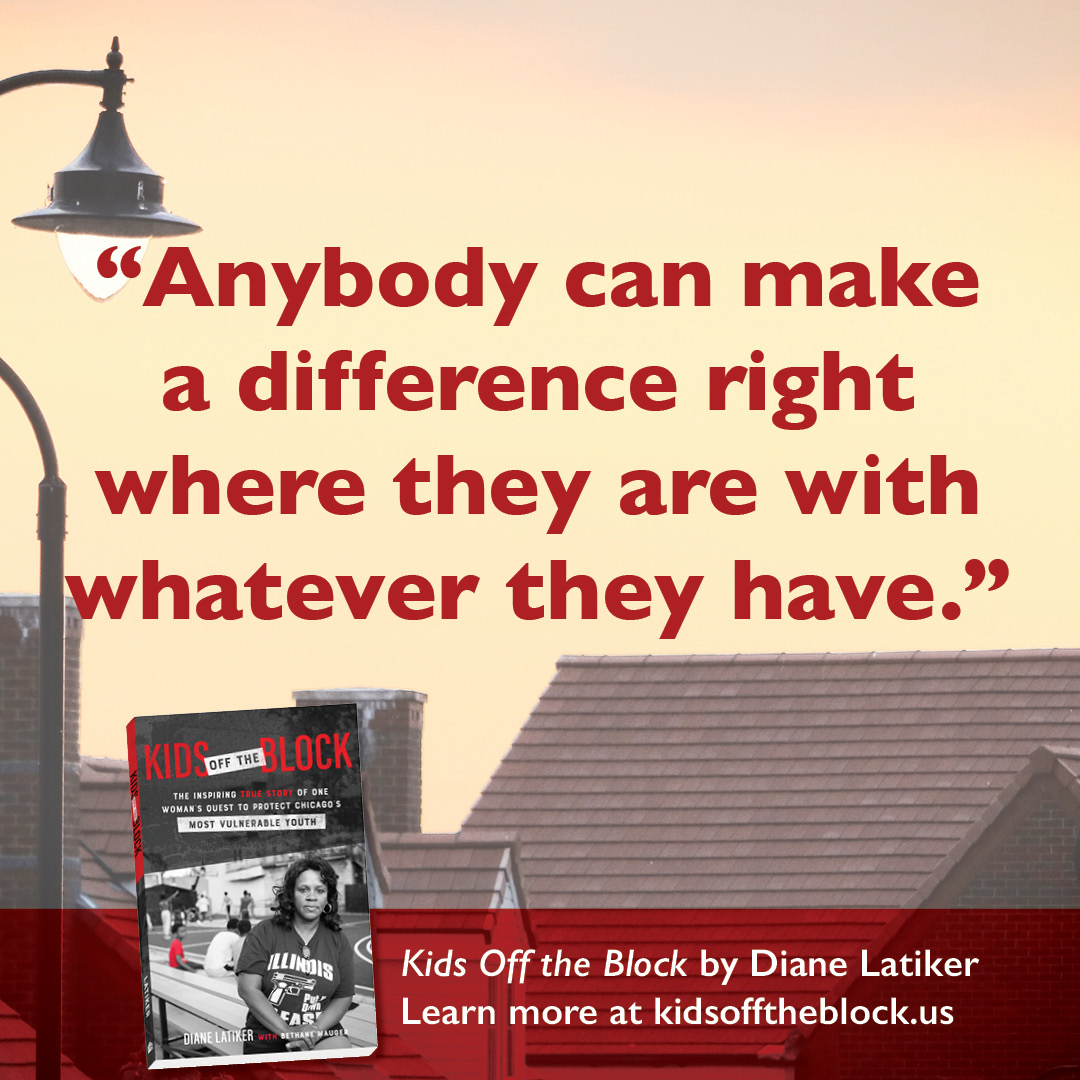 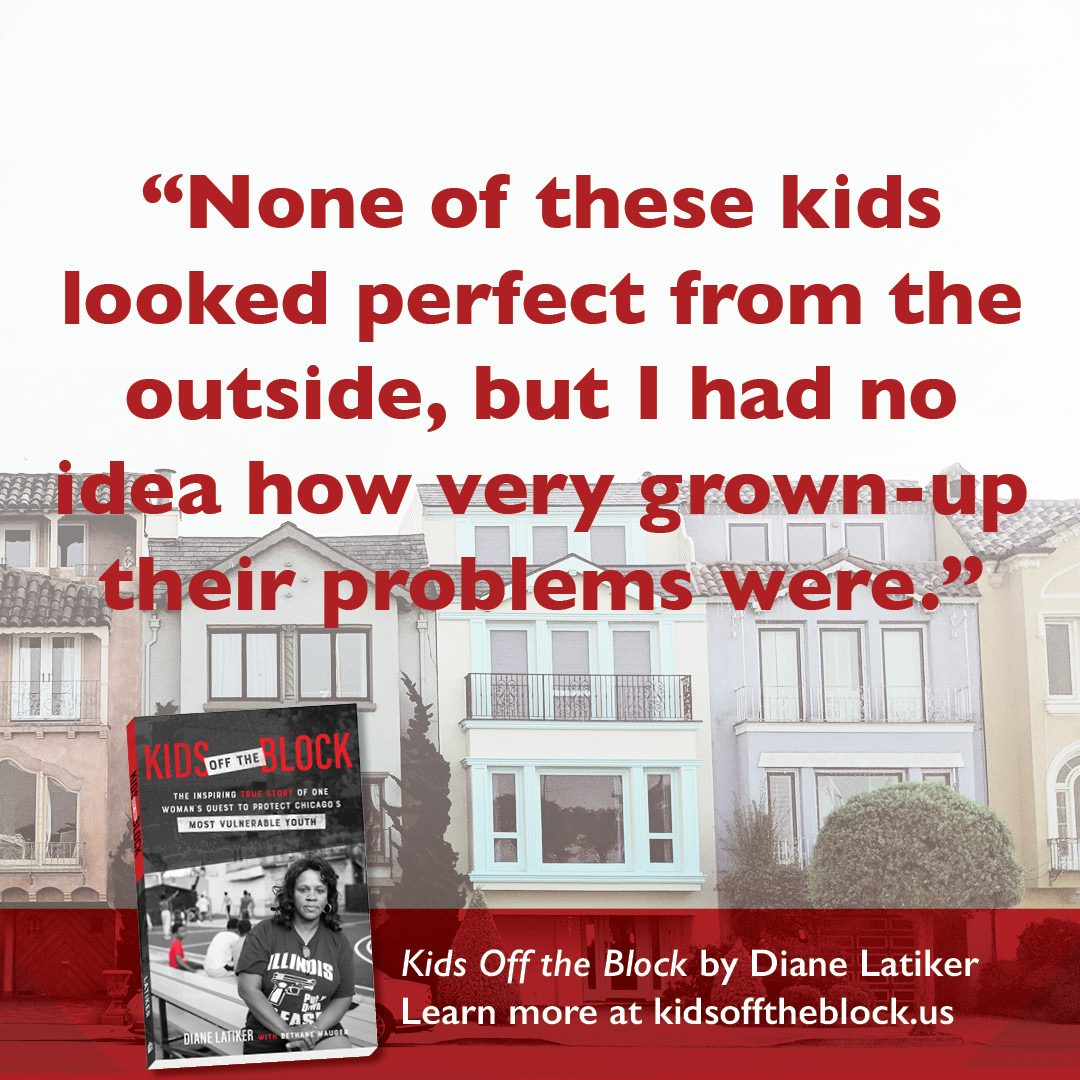