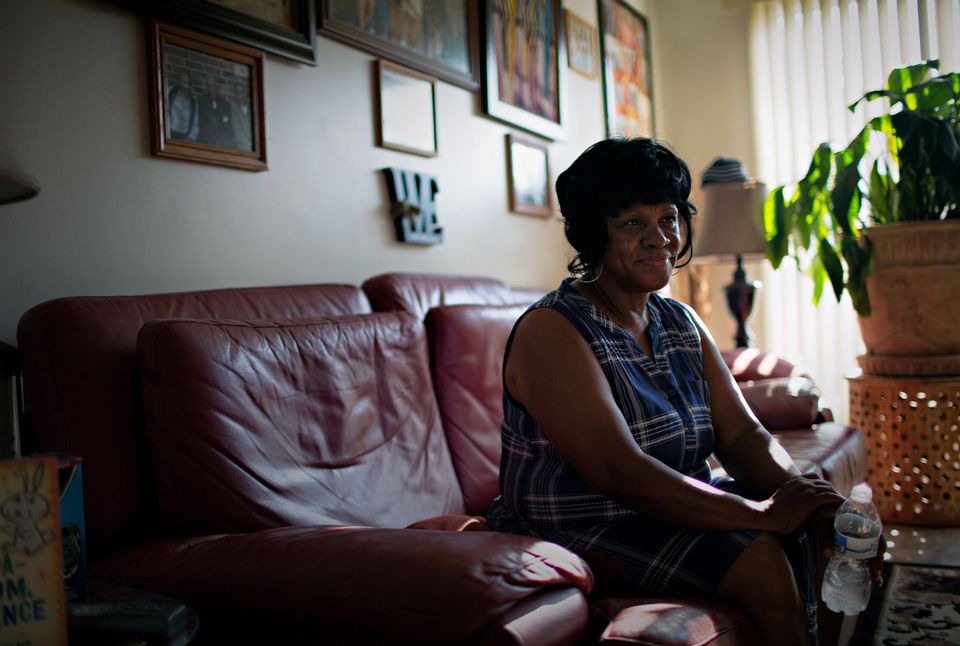 A project of “presidential center” in the district of its beginnings arouses distrust even in its own camp. Where it all began…

What could be worse? A popular activist in your neighborhood, you get involved in politics and, a few years later, using your image as a former activist in particular, you are elected, for eight years, at the head of a superpower – the most influential man in the world. When your term ends, you return to the city where it all started … and your former companions beat you cold. Briefly summarized, this is the sad and bitter story of Barack Obama in Chicago.

The former head of state intends to build a presidential center in a modest, predominantly black neighborhood: the South Side. It was there that he began his social work classes, some 30 years ago, and where his wife, Michelle, was born. Inaugurated in principle in four years, the building recalls the “presidential libraries” that its predecessors erected after they left the White House, in order to house their archives. But Obama wants to create something else – a place open to all, which will also serve as a reminder that, one hundred and forty-three years after the abolition of slavery, an African-American has acceded to the supreme office. Problem: nothing is going as planned.

The distrust of part of the inhabitants of the district appeared in the light of day, for the first time, about a year ago. That day, in September 2017, Jeanette Taylor, ex-police sergeant engaged in the associative life of the district, goes to a hotel in the city to meet representatives of the Obama Foundation, the organization responsible for piloting the project. Instead of questioning an anonymous official, as expected, she is standing, in front of a screen, facing Barack Obama himself, who is participating in the meeting by videoconference from Washington. Jeanette does not let herself be impressed and apostrophe the former president: “This project is great,” she says. “But why not sign a CBA?”

“CBA”, or community benefits agreement,can be roughly translated as “agreement for the benefit of residents”. Either a kind of voluntary contract under which the Obama Foundation could have undertaken to protect the interests of the inhabitants of the neighborhood – by guaranteeing them access to a certain number of jobs, for example, or by negotiating with the municipality a freezing of local taxes in the sector. “We are finally investing money in a black neighborhood, continues Jeanette Taylor, and the first consequence of this gesture is an unprecedented rise in rents which forces the poorest households to flee to the suburbs. So why not not sign a CBA? ” On the screen, Barack Obama pauses, as if to signify the importance he attaches to the subject. Then he speaks: “I have been an activist. I know the neighborhood and I know very well what would happen if we agreed to sign an agreement of this kind. Very quickly, we would see around twenty associations emerge from I don’t know where, who would claim I don’t know what … ”

“I still haven’t got over it, fumes Jeanette Taylor.” Associations from I don’t know where? It is inflated to use such words! He forgot where he came from. He forgot the mobilization of the black community, without which he would not have come to power. We are not asking for anything extraordinary: thousands of CBAs have been signed across the country. With a snap of his fingers, Obama could have imposed a rent freeze. He could have allocated funds to neighborhood schools … Like all Chicagoans, I love Obama. I am for the construction of a presidential center. But let him go build it elsewhere! This project should not come at the expense of the poorest families, who voted en masse for it. ”

Jeanette Taylor is not alone in being furious. For two years, several dozen neighborhood associations, active in the defense of civil rights, housing and education, have been demanding the signing of the famous CBA. At the University of Chicago, where Barack Obama once taught law, and whose campus is a stone’s throw from the future presidential center, 200 professors and employees followed suit. The building will cause a “social regression”, they estimate, and will not bring to the inhabitants the “promised economic development”.

In fact, the simple announcement of the project led, by a domino effect, to an increase in rents, even in substandard buildings. And the promoters prowl. By the thousands, the poorest families leave the South Side for the distant suburbs, further south, even poorer and more violent. “Me too, I will have to move, sighs Hadassah Woods, a mother living in the neighborhood. The employees of the future presidential center will demand that their children attend good schools. So much the better for them. My two boys are not They will never have access to it. Too expensive. Today, public schools are already closing one after the other. ”

In some places, anonymous hands put down curious billboards along the sidewalks: “We trust Obama.” Listening to the elders in the neighborhood, nothing is less certain. “On my street, says one of them, I saw white people taking pictures of several buildings. As if they were about to move in! Sometimes I feel like we’re in good shape seat. ” Near the future presidential complex, the price of land has increased by 23% in six months.

Barack Obama is hardly moved by all of this: “In twenty-eight years in Chicago,” he explains, “I have not noticed that the problem of the South Side has ever been an excess of development or economic activity. A In the long run, gentrification could become a concern. For the moment, we have other questions to settle: rutted sidewalks, garbage collection, condemned buildings … “Administered by a private foundation, in cooperation with the University Chicago’s presidential complex is expected to create 7,000 jobs, supporters say.

The exodus of low-income black families is a sensitive subject in Chicago, a city with a particular history, and which remains one of the most “segregated” in the United States. Between 1916 and 1919, during the “great migration”, half a million blacks reached the city in the hope of finding work in textile factories and slaughterhouses. They flee from the southern states, but their arrival stirs up racial tensions in Chicago. Gradually, the South Side becomes the cultural capital of black Americans – a place where jazz giants, such as Louis Armstrong and Nat King Cole, got their start.

Today, a century later, each district has retained its identity: among the approximately 750,000 inhabitants of the South Side, approximately 93% are African-Americans. And if a new “great migration” is underway, it is oriented in the other direction. Chicago had 1.2 million blacks in 1980; now there are only 830,000. Long the majority, they were supplanted by the Whites, then by the Hispanics.

Meanwhile, many social housing units have been demolished and, in the south of the city, public schools are closing one after the other. During the financial and banking crisis of 2008, in particular, millions of new owners, suddenly unable to honor the repayment of their mortgage, lost their property. Black people, who are economically more vulnerable, were hit hard.

No wonder, then, that the project of the former “community manager” is castigated for his elitism. It includes a 70 meter high tower, a conference center, but also a library, a recording studio, basketball courts, a private golf course designed by Tiger Woods, not to mention a community garden which should allow Michelle Obama to praise the merits of organic food … A dream place for the middle classes, no doubt, but far from the daily concerns of the inhabitants of the South Side. Several aspects remain unclear, but the mere development of highways should cost the city’s taxpayers $ 175 million.

In the future jewel, the municipality offers a jewel of choice: 8 hectares in the heart of Jackson Park, a vast green space, on the shores of Lake Michigan, designed for the 1893 World Fair. Chicagoans: nature lovers.

“Jackson Park is a public garden, recalls Herbert Caplan, a familiar with the place. Yet all the documents distributed by the Obama Foundation ignore this essential truth. I understand very well that the former president did not want to build his center in the middle of a neighborhood plagued by violence and drugs, although this gesture would have had panache. But a park is, by definition, an inconstructible place. ” At the head of his association, Friends of the Park, this retired lawyer, 87 years old, took the case to court. With some success. On August 15, a federal judge ordered the municipality of Chicago to shed light on the conditions under which the land had been selected and made available to the Obama Foundation.

The municipality lets it happen

Faced with the discontented, the mayor of Chicago turned a deaf ear. And for good reason. The city councilor, Rahm Emanuel, was Obama’s first chief of staff when he moved into the Oval office. And the municipality does not take a dim view of the gentrification of a neighborhood located a quarter of an hour from the city center. Especially since, in this particular corner of the South Side, the first “sores” arrived a while ago …

The University of Chicago has been accused for years of expanding its campus, street after street, and of contributing to the gentrification of the sector. Entire buildings have been converted into student residences at astronomical rents. Between 1950 and 1970, according to a study by the University of Richmond, some 4,000 families, the majority of whom were black, were driven from the site following operations of this kind. Along 53rd Street, where young Barack used to eat in a cafeteria, the signs of this are clear. A Starbucks coffee shop and trendy restaurants have appeared, as well as telephone kiosks, where college students can raise the alarm, if needed.

“He will always be our president”

“For members of my community, Barack Obama was the first black president of the United States and he will always be, says Diane Latiker, founder of a youth aid group, Kids Off the Block. investiture, I took about 20 teens to Washington by bus. It was freezing cold, but when we listened to his speech we were all in tears. Most of the kids by my side were former members gangs. They who had lost all hope, they suddenly saw a future. We were sure he would be our president. A year passed before I finally understood. Barack Obama was not the president of the Blacks; he was the president of all Americans. ” Is she disillusioned? “No,” she replies.

“In our hearts, he will always be our president,” exclaims Naomi Davis, lawyer, head of the Blacks in Green group. “And it is a reality which compels him. In 2008, during the financial crisis, Barack Obama made the choice to save the banks. He favored the stability of the system, at the expense of the most modest Americans. “Many of us lost their jobs or their homes at the time. This is my personal case. But we still love Obama. He is one of us. It is very important in a country where white people own on average ten times more goods and capital than black people. We love him, but we know that his project will upset the lives of black people on the South Side. We love Obama, even when his team starts cutting old trees in our public gardens, as has been the case for a few days. We like it, but it’s going too fast. ”

For the former activist in the field, the time may have come to reconnect with the past. And take the time to listen.