The fight against everyday death 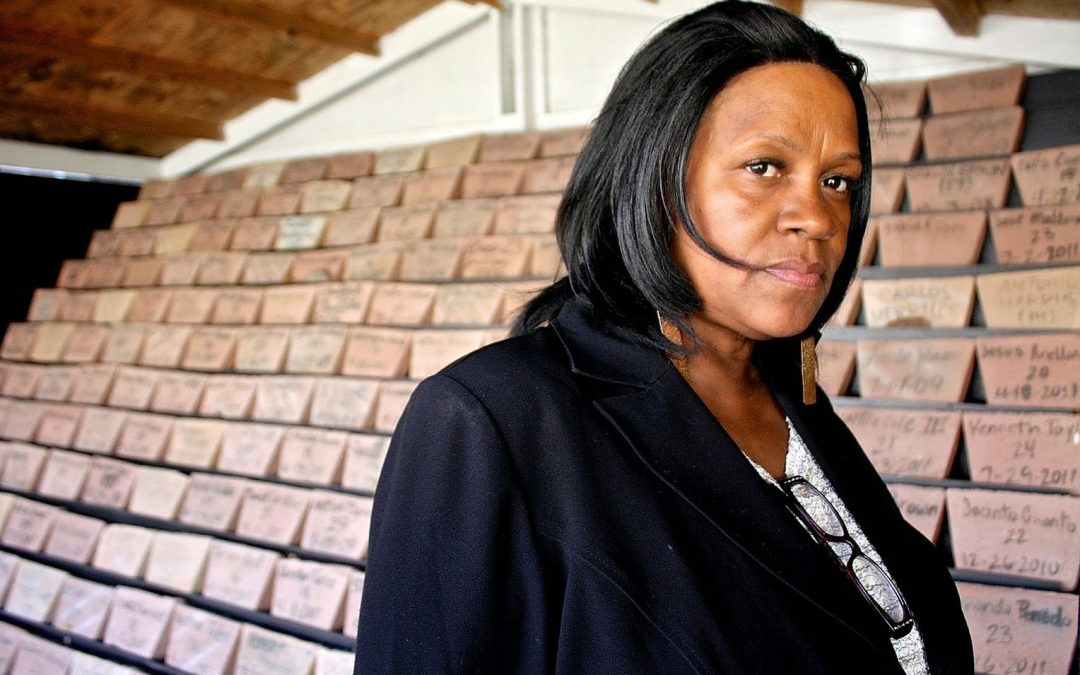 Diane Latiker knows the likelihood of death. “We cannot save everyone,” she says. “But we’re damn hard going to try it.” A rusty Dodge rolls up, loud rap sounds through the open window. “Quiet!” Roars Latiker. The music stops immediately.

Latiker, 57, is the unofficial mayor of Roseland, a poor neighborhood in Chicago . She sits on her throne, a folding chair on South Michigan Avenue. Michigan runs through Chicago once, in the center it has luxury shops and is called “Magical Mile”. But here in Roseland, on the infamous South Side, it’s the mile of boarded up windows and graffiti facades. The Mile of the Forgotten.

It used to be nice here. Latiker remembers how she pulled it in 1971: “A paradise, so many flowers.”

Then the factories shut down, whites fled, blacks stayed, gangs followed. In the past twelve months, Roseland has experienced 686 assaults, 45 sexual assaults, and 16 murders.

A deadly microcosm, representative of the entire metropolis, which once again experienced a brutal summer of gang and weapon violence . The highlight was the weekend around the US national holiday on July 4, with 14 deaths and 68 injuries. Three-quarters of the victims, like Diane, are African-American – and many are children.

While the nation is debating police violence against blacks , everyday death in Chicago is barely making headlines. This has been going on for years, and the new mayor Rahm Emanuel , ex-chief of staff of US President Barack Obama , has sworn a crackdown, again this time it was just words. Which is why more and more people are now resorting to self-defense.

For example, Latics. “Enough is enough,” says the 13-time grandmother. She wants to stop the murder – alone: ​​”I firmly believe in the strength of the individual.”

Latiker already dared to do something radical a few years ago: she invited the young gang members from her neighborhood to her home. Suddenly the tough boys sat with their girlfriends in Latiker’s living room, playing computer games, watching TV, rapping – just teenagers. “The boys,” says Latiker, “wanted to run away from the gangs.”

Since then, they have met every Friday. Soon there were 75 young people, then more than a hundred. Kids Off The Block (KOB) is what Latiker calls them: children who take them off the streets. Latiker is her mother of choice, the group is replacing the family they never had – and which they were looking for in the gangs.

With the help of private donations, they converted a shop to the clubhouse, with a PC, a football table, even a recording studio for rap recordings. So far, more than 2000 kids have gone through the program. “Before they were aimless, hopeless,” says Latiker. “Then they got jobs.” Even better: “The gangs moved away.”

On the other side of the street, you can see that not everything is good. Latiker built a memorial for the dead children of Chicago out of brick blocks from the hardware store. One child, one stone: Kendrick Pitts, 17; his brother Carnell Pitts, 18; Jesus Morreal, 16; Theo Thomas, 18. Soon there were 450 stones, a plush bear lies on one. Sometimes the parents come at night and cry loudly.

But critics consider the numbers to be fine: In a major research, “Chicago Magazine” found that last year at least 18 murders were secretly reclassified into “non-criminal deaths” – and thus fell outside the official statistics .

“A wrong decision can destroy a whole life”

Chicago has a tradition of violence: Al Capone, gangs, drug cartels. “Chicago,” they say, “is on the US-Mexico border.” But today the gangs are more fragmented than ever – sometimes one street fights the next. It’s no longer just about business, it’s about rivalries, resentments, trifles. Violence is becoming more arbitrary.

“Our funds are limited,” complains an investigator in his office in the center. Terrorism, corruption, financial crime: so much else keeps them busy, the gangs quickly go unnoticed.

Fortunately, Ivan is not yet a gang member, but he could become one soon. The 17-year-old son of Mexican immigrants has what they call “anger issues”: Even as a child, this inexplicable inner anger raged in him – and she discharges herself in a misguided urge to rebellion.

Ivan wants to drop the school. He was not transferred because he refused to attend classes. “I don’t care,” he says, his favorite expression. Meaning: life is broken – why learn?

Ivan is crouching in the dance studio at Little Village Lawndale High School in western Chicago. 86 percent of the students are Latinos, the other blacks. The district boundary of two gangs leads past the campus. Ivan lives with his mother, he lacks male role models. He only wears black and has the Batman logo tattooed on his forearm.

Dan Heiniger, a football coach and youth counselor, places Ivan in prayer. “Don’t take your anger out on yourself,” he advises. Heiniger works for Become A Man (BAM), an urban aid program that tries to keep Ivan and others fascinated by gangs on the right track.

Ivan plays with his headphones. The gang seems more lucrative than school. “But you want to have a family,” Heiniger appeals to him. Finally, Ivan promises to come back after the summer vacation.

Heiniger gathers the students for a round of talks every day. This time there are seven including Ivan. Group therapy for endangered kids: they squat in circles and have to talk about what is most distant – feelings.

They smirkedly describe their emotional state, on a scale from 1 to 10. “Today I’m a 9,” says one. Another sees himself as “a 2”, he witnessed a shootout the night before. Everyone complains of lack of sleep. “Thank you for checking in,” they murmur after each feeling, and then stare back at their smartphones.

Heiniger gives them questionnaires. Yes, no, a little: do they stand up for themselves? Do you stay away from drugs? Do they handle frustration in a positive way? Do they harm others to move forward? “Yeah sure!” They roar.

“We hope to at least give them some values,” said Scott Myers, Heiniger’s boss. “A wrong decision can destroy a whole life.”

Myers, formerly a partner at management service provider Accenture, is the managing director of World Sport Chicago. Together with BAM, the organization tries to explicitly keep teenagers away from the gangs through sports activities. Favorite sports: wrestling and rugby.

This afternoon, two dozen kids from three high schools gather in a field in the west of the city. “Most parents are illegal immigrants,” says coach Matt Pinson, 24. “The children automatically drift to the gangs. We offer them an alternative.”

They play day rugby – a contactless variant in which they tear off Velcro instead of knocking each other out. “If you lose,” Pinson shouts, “don’t get angry!”

“Rugby shows us how to release aggression in a good way,” said 15-year-old Alex. “We grow together as a team.” His friend Gerardo seconded: “Rugby is the highlight of my school week.” The sun sets. The kids flock from the field, they should be at home before dark.

Shots are fired again in the evening in the neighboring district of Fuller Park. Two men are hit, one dies, a priest. He had just come out of the supermarket.